Candles are one of the oldest forms of illumination. Contrary to popular belief, castles and similar medieval structures were lit primarily using candles, not by torches as Hollywood so often depicts.

In fact, candles have been such a central source of light throughout human history that there are a wide range of functions, materials, and even wicks used to make them. We’ll focus only on the shapes and functions here and cover the waxes and wicks in future articles. 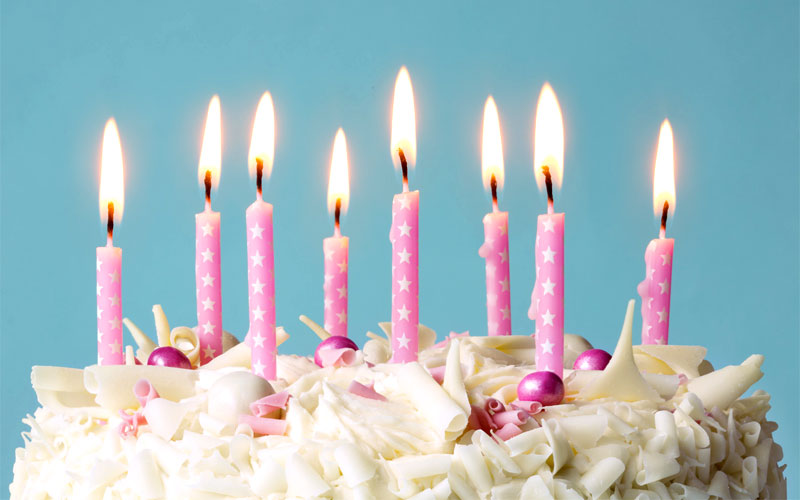 Once upon a time, birthday candles were small, thin tapers or pillars. These days, the selection of shapes and sizes has grown immensely. As a result, a person turning 40 may have a 4 and 0 candle instead of 40 individual tapers to blow out.

The candles burn fairly fast, lasting only a few minutes. However, some are designed to spark or even reignite if not snuffed a certain way as a means of pranking the birthday victim.

As Western tradition states a person must make a silent wish and blow out all candles in one breath for it to come true, prank candles are usually reserved for those who don’t take this tradition too seriously. 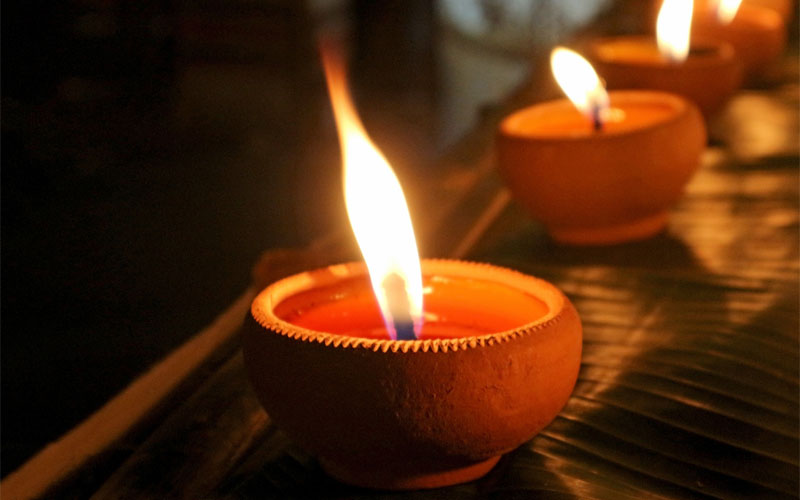 These candles range from about the size of a votive to four inches in diameter. They’re distinguishable by the fact that they come in glass cups or jars, the latter of which has a lit that can be used to snuff the candle between uses. The containers are reusable once the candle has been used up.

Because they come in containers, these candles don’t drip and have a much lower risk of fire. You will usually find them carrying a wide range of scents, with some having layers of different colored and scented wax that allow for a changing experience as the wax melts lower in the container.

These also make excellent gifts, and the lidded jars help prevent a loss of scent while in storage. 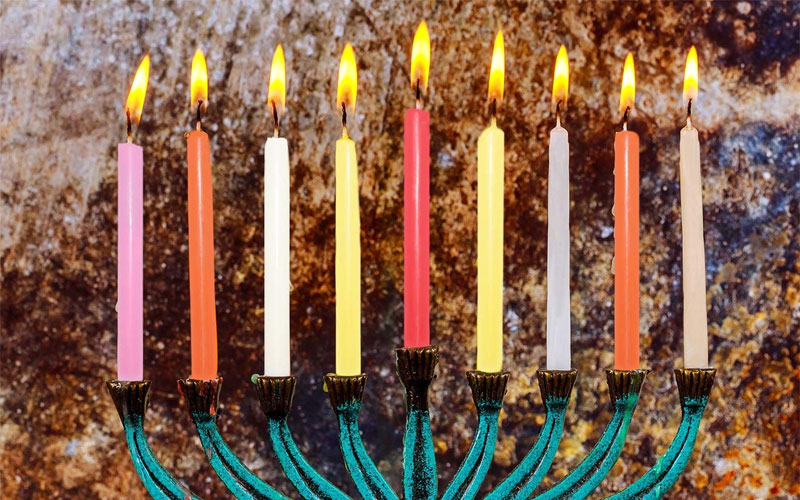 These candles may come in any of a number of shapes. They’re distinguished by using materials that evaporate rather than run. This results in a candle that won’t spill and tends to burn both longer and cleaner than their counterparts. 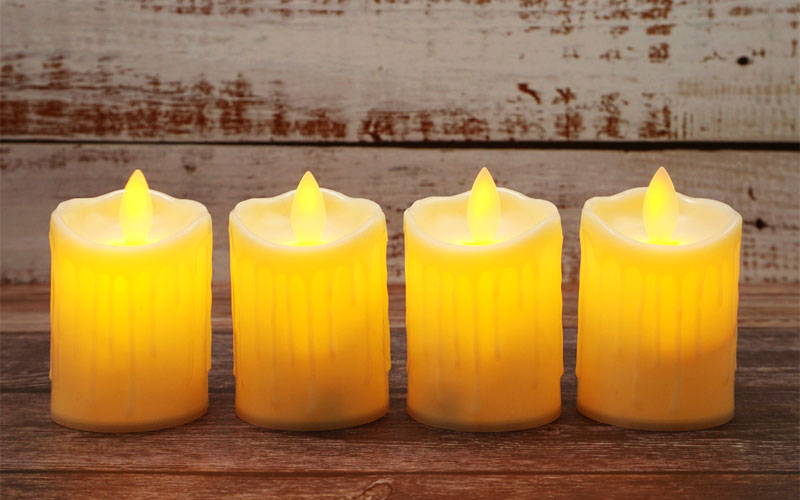 It sounds counterintuitive, but one of the most popular types of candles today is the flameless candle. These artificial candles are powered by batteries, although some holiday variants use an outlet.

Depending on the model, they may be remote controlled, have a switch underneath, run on a timer, or require unplugging to turn off.

The bulbs are specialized, shaped into a rough flame shape and designed to flicker when powered. This provides an authentic look without the risk of fire.

While popular at home, these candles are realistic enough in appearance they’re permitted by many medieval reenactment groups, such as the SCA (Society for Creative Anachronism). One of the most romantic ways to spend an evening with your loved one is to soak in a bath together with rose petals, a mix of floating candles and tealights, and a bottle of wine. These candles are very similar to tealights and sometimes permit the latter to be used as refills.

The big difference is that their containers are designed to float on the water. Some larger containers have the ability to move along with the water without the wick getting wet. Best of all, the water ensures there’s no risk of spilling wax on surfaces or setting things on fire.

These candles have an enzyme in the wax which bonds with odor molecules. As the wax melts and is drawn up the wick, the enzyme latches onto these molecules and neutralizes them.

The wax may also contain scents which are released simultaneously. While not a solution for smoke or pet smells, they can help control small to moderate amounts of odors while lit. From tiny traditional birthday candles to enormous monoliths, pillar candles are a freestanding classic in a tall cylindrical shape. Unlike votives, the top has a slightly recessed dome to reduce the risk of dripping.

Pillars are a popular choice when making trick candles, such as those that change flame color or crackle at certain points as they burn. Modern Hanuka candles are commonly sold as a set of thin color-coded pillars.

Pillar candles are sometimes scented and may be so large that multiple wicks are required to burn them. They’re freestanding and fairly stable, but also come with an increased risk of fire if knocked over.

As they burn lower, the remaining wax walls above may buckle and collapse into the candle, resulting in spillage. Tiki torches found a huge surge in popularity once scientists developed repellent candles. The most popular outdoor variety uses citronella, an oil that’s pleasant to humans but highly offensive to a wide range of insects, including mosquitoes.

However, candles containing other essential oils are also available. These candles are far safer than using repellent sprays, which allow chemicals to be absorbed by the skin. However, they also need to be burned in torches or other containers that provide outdoor protection from the wind unless you plan to relight them every few minutes.

One of the most popular uses for candles these days is to fill a room with an attractive smell. Most commonly paired with candle pots, votives, and pillars (in that order), scented candles may have a single smell or be layered to change scents as the candle burns lower. Perhaps the most recognizable type of candle shape, the taper is a tall, cylindrical candle which gently narrows from the best to the rounded tip.

They require a holder to use, be it a multi-taper candelabra, or a candlestick with or without a handle, depending on its use. Tapers generally burn in excess of eight hours, although they are more likely to drip melted wax than other types.

These candles were traditionally made by dipping a wick into a vat of molten tallow (animal fat) repeatedly with enough time between dips to harden, and colonial households would make as many as 400 every autumn to last the family the entire year.

Tallow gave off poor light and tended to smell, so the wealthy would instead roll wicks in expensive beeswax for a sweeter smell and better light. Today, tapers are made from generally unscented waxes. These squat cylinders come wrapped in metal shells, allowing them to be used without the need for a separate container. These metal shells are removable when you wish to place or group them in a different container. However, they’re sized and shaped to prevent any wax leakage.

Tealights are incredibly romantic, their tiny size and flames creating an intimate atmosphere when used in numbers around a room. The wick is short-lived due to its shortness, and the wax is usually of a type that melts and evaporates as the candle burns, allowing the container to empty out as the flame dies. Even though scented candles are at peak popularity right now, there’s still a huge market for the unscented variety. As the name suggests, these candles have no added perfumes and often give off no smell from the wax itself as they burn.

Tapers, birthday candles, and tealights are the most commonly unscented choices, although unscented versions of any candle shape may be found if desired. Imagine removing three tealights from their shells, stacking them, and adding a slight, indented conical dome at the top and you can picture a votive.

These are the shortest of the pillars, usually two inches in diameter and two and a half inches tall at the peak. They have an incredible lifespan for their size and, as with tealights, will simply snuff themselves out when they’ve finished burning.

Votives provide a romantic atmosphere and are usually scented. Some come with containers, but most will require you to provide one. Glass jars or leftover cups from candle pots are both popular containers.

Not only are they beautiful shining through a frosted container, but these small candles are considered “smokeless”, making them less problematic for those with breathing issues.